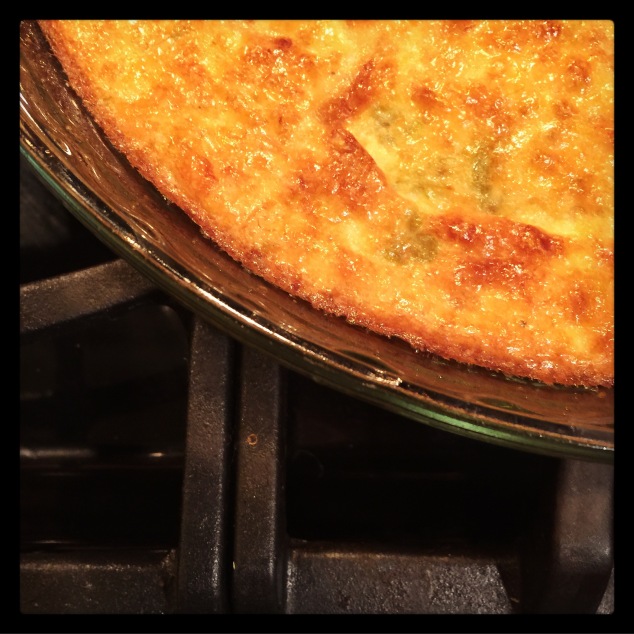 In 1982, a book called Real Men Don’t Eat Quiche was published. Even though it was a satrical look at the middle class of the 80’s, it has made a lasting impression on male eating habits.

I have a friend that told me he would not eat Quiche. So, I invited him over and told him we were having Egg Pie. I can’t remember what I put in it, but he ate his serving and asked for more.

As I stated before that I don’t remember what I put in it… and it’s the truth. This is a recipe that once you learn the basic ratio of things, you can make it without thinking too much.

I use Egg Pie as a vehicle to use up bits and pieces of stuff in my fridge. 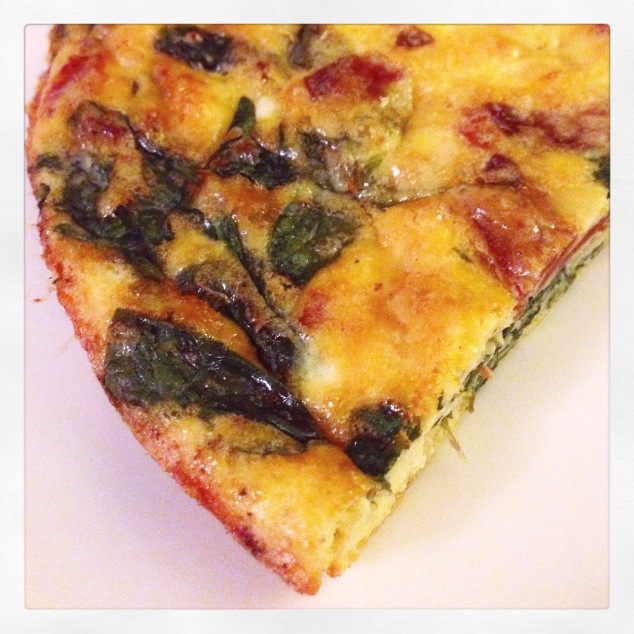 Let’s talk about the eggs. Easy. Just Eggs. 5 of them.

Now cheese. I’ve used all sorts. I’ve mixed up anything from Cheddar to Manchego. I use those little bits that are left in the cheese drawer. Last one I made had a couple of slices of swiss and provolone diced up, Manchego, Cheddar and Parmesan.

Salt, Pepper & Seasonings. This is to taste. If I’m making a Green Chile Cheese Egg Pie, I throw a few dashes of Green Tabasco Sauce in the mix. If it leans more Italian… oregano and/or basil.

Other Stuff. We’ve come to the fun part. See what’s in your fridge.

Here are some possible ideas for you to think about:

Bacon and Spinach and Onion

(You’ll notice that onions play a role in this recipe. Eggs and Onions are BFF’s in this dish. You can also add garlic. I’ve used powdered version of each in a pinch, don’t tell my Mother.

Another thing you’ll notice.. no crust. My clan and I just like it better that way. If you want a crust, you do you, boo.)

Sauté ingredients until soft-ish and fully cooked. Let mixture cool before adding them to the beaten eggs and cheese mix.Don’t forget to salt and pepper to taste. Add in herbs if desired. Grease a pie or casserole dish. I’m a fan of the spray can stuff. Pour the eggy goodness in the baking dish.

Put it in the oven. Depending on your altitude and size of dish… check it in 35 minutes. It could be done. I’ve had Egg Pies take up to an hour.

When it’s has light golden brown tan and doesn’t jiggle. Take it out. (Those are totally my goals for 2016, BTW.)

Let it chillax on a rack or the the top of the stove until you are ready to eat.

It you want to add hot sauce, balsamic vinegar or any other sauciness…. go nerd.

Let me know if you have any questions.